The purpose of this article is to make the claim that significant reduction in CAD (Computer Aided Design) cycles could be made by incorporating well-defined analyses into CAD software.
The basis for the claim is that CAD software is often used to design load-carrying mechanical components or parts for a structural assembly. Because each component should satisfy several design and operational criteria, engineering analyses and/or tests are performed on each component before its design is finalized.

Sometimes, several cycles of making design changes, followed by engineering analyses are required before a final design is accepted. Typically, a designer submits an electronic file for the design to an engineer for analysis. If changes to the design are required, the engineer informs the designer to implement the changes in the CAD software. This design-analysis cycle may go through a few iterations (which could take several days or weeks), before the design is finalized. Even if the design cycle is shortened by a few hours, significant savings in cost could be achieved.

What Happens In A Typical CAD Design Cycle?

As mentioned earlier, several design iterations may be required in order to satisfy design and functional requirements for a component. Major steps involved in designing the structural member shown in figure 1 will illustrate the benefits to be gained by incorporating analyses into the CAD software. 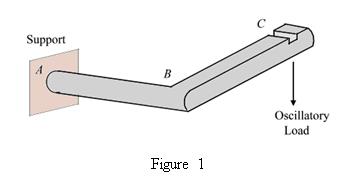 These are some of the major steps required before the design of the structural member is finalized:

In practical terms, it may not be possible to implement all engineering analyses in CAD software. Furthermore, the CAD designer may need to be trained to perform the analyses correctly, with engineering supervision. Nevertheless, even if one engineering analysis is incorporated into the CAD software, significant reduction in the time and costs will be obtained.

CAD design software has been morphing into integrated CAD and CAE (Computer Aided Engineering) software within the past decade. A good example is Solidworks® by Dassault Systems, which was introduced in 1995. It retains the CAD portion of the software in eDrawings® and DraftSight® for the CAD designer who lacks the expertise for design analysis.
Another example is Autodesk®, which was introduced in 1982. It also integrates CAD and CAE functionality, but not to the same extent as Solidworks®.